The Eminent Aloysian Awards is considered as one of the most prestigious award programs of the institution. It is held once in two years and is a joint effort by St Aloysius College Management and SACAA. Started in the year 2008, to recognize the Alumnus who have excelled in their career or business, are a role model to the society and younger generation, and have rendered support to the Alma Mater

Banker and a Sensitive Financial Manager

A committed banker and a sensitive financial manager, Mr P Jayaram Bhat has an M Sc. degree from the prestigious Mysuru University. Destiny has rightly guided him into the banking profession. His sheer hard work and dedication has taken him to the highest position in Karnataka Bank, one of the renowned banks in India. Widely admired and respected, our esteemed Awardee has been a recipient of several awards and recognitions. He has lived the values of his alma mater. He has never settled for anything less than excellence in his assignments and has always reached out to people who deserve help, a real ambassador of the Aloysian ethos.

An extremely successful Entrepreneur, a Progressive thinker, and a magnanimous Philanthropist

Dr. Ravichandran was a Professor at St. Philomena College for 30 years and holds a Master of Science, Master of Philosophy and a Ph.D. degree, in addition to a Fulbright fellowship at Clemson University. He has founded and nurtured several technology services and technology education companies. His venture, Diya Systems has bagged the STPI Best Performer Award for consecutive three years. Eminent philanthropist, Dr Ravichandran has a heart that always goes out to the less privileged of the society- a true Aloysian indeed.

A brilliant Scholar with an excellent academic track record, Dr K. V. Rao has always been a proud member of the faculty of this College for more than three decades. As a Professor of Physics, he has not only guided and mentored thousands of students who, today, have reached great heights but also has touched generations of students with his simplicity and unassuming personality. He has Ph.D from the prestigious Raman Research Institute, Bangalore. He has been recognized by the government as well as private organizations to advise them in the fields of Science and Technology. He is a crusader for promoting and popularizing the scientific spirit among common people.

A man deeply committed to the values of Jesuit education

Mr Joseph Gonsalves, popularly known as Joe Gonsalves, is an inspiration to all. Educated at St Aloysius College and Institute of Marketing, London. Widely traveled and deeply engaged in incorporated companies throughout the globe, Mr Joe Gonsalves has never deterred from the values of his alma mater. His commitment to excellence, discipline and social consciousness is worthy of emulation. He has also been a champion of civic sense, especially traffic regulation in the city of Mangalore. This commitment to civil society has propelled him to be the Chief Traffic Warden of Mangalore at this age-a champion for St Aloysius

An avid sports lover, a young and dynamic leader, Mr Jeevan Saldanha has to his credit, the development of the first Color Sorting Machine for the Optical Separation of seeds and grains with the help of Raman Research Institute. His brainchild, Spectrum Industries, prides itself in having satisfied clientele from more than 25 countries in the world. As the president of the Karnataka Chamber of Commerce and Industry, he has been instrumental in raising issues and concerns of the civil society with public servants and persuading them to take meaningful remedial measures. A true Aloysian, Mr Jeevan Saldanha has a passion for excellence without compromising the core values of altruism and compassion.

Founder of the Thumbay Group.

Mr. Thumbay Moideen is the founder of the Thumbay Group. He established the Gulf Medical University in U.A.E. in the year 2008. In a short span of 16 years, he has established himself as a successful entrepreneur and Educationist. He has set up various Business operations in 13 renowned sectors including hospitals, medical centres, diagnostic centres, health clubs, pharmacies, retail outlets, coffee shops, and nutrition stores. He was featured in the fist of 'The Toy Indian Leaders in the Arab World by Forbes Middle East Magazine in 2014 & 2015 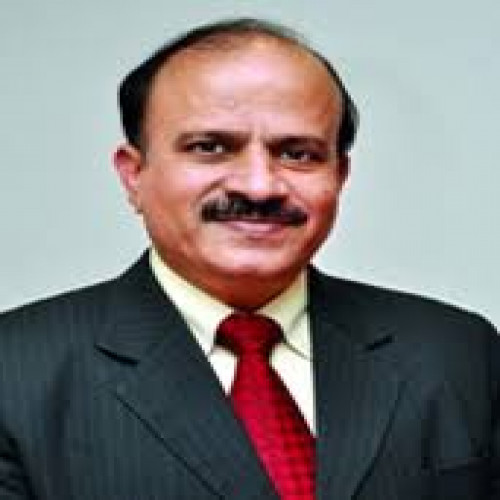 One of the leading exporters of cashew and also heading an Export House recognized by the Ministry of Commerce, Government of India.

Mr. Walter D'Souza, a Mangalore-based exporter, is the Managing Partner of M/s Fernandes Brothers, one of the leading exporters of cashew, heading an Export House recognized by the Ministry of Commerce, Government of India. He is the Chairman of the Federation of Indian Export Organizations (FIEO) Southern Region. He has served as the President of the Karnataka Cashew Manufacturers Association. He was responsible for setting up a state-of-the-art National R&D Centre for Cashew. 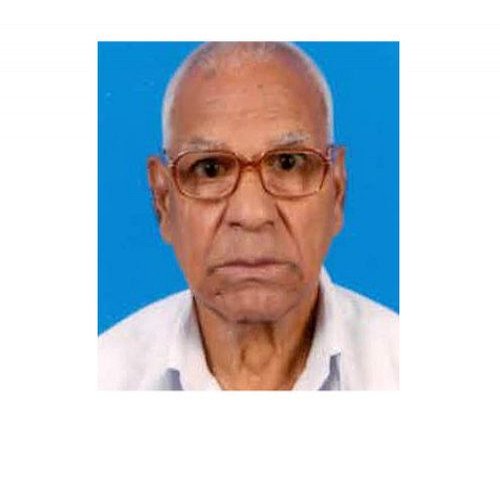 Admired by his students for great teaching especially in Financial Accounting and for inculcating a great value system in students. He was a member of the teaching faculty at St Aloysius College, for 35 years. Today he is a household name having authored more than 100 books in Commerce and Management. He was instrumental in establishing the Business Management Department, Teachers Credit Cooperative Society, and the Staff Association at St Aloysius College Conservation zoologist and a leading Tiger Expert based in Karnataka, India.

One of the world's foremost authorities on tiger conservation, Dr. Ullas Karanth is a senior conservation Scientist and Director of the US-based Wildlife Conservation Society-India Program. Dr Karanth is currently rendering his service at the Nagarhole National Park, India. For his outstanding contributions to Wildlife Conservation and Environment Protection, he was conferred the prestigious Padma Shri Award and Karnataka Rajyotsava Award. His scientific papers, articles, and books have been widely acclaimed Dr. K. Ullas Karanth is the son of the distinguished Kannada writer, Dr Shivaram Karanth.

A Retired Professor at Manipal Institute of Technology

Dr.K P Rao is a recipient of the prestigious 'Nadoja' award for his contributions towards the development of software to use the Kannada language on computers. He has served as Scientific Officer, Atomic Energy Establishment Trombay, (BARC) and has taught a bewildering variety of subjects at MIT, MIC Manipal, IIT Bombay, and IIT Guwahati. He is a contributor to the Free Software Foundation, Sourceforge, Wikipedia, and Youtube in Language, Linguistics, and Paleography. He has acquired the title Brahma' for his contribution of fonts for focal language scripts.

Conferred with Padma Bhushan in 2008.

On 1 July 2017, he was appointed as the Attorney General of India. Mr. Venugopal, who had served as Additional Solicitor General in the Morarji Desai government, is a doyen of the Supreme Court Bar and an authority in Constitutional Law.

He is the founder and Chairman of the Tejasvini Hospital and Shantharam Shetty Institute of Orthopaedics and Traumatology (SSIOT), Mangalore. Shetty is a recipient of the Karnataka Rajyotsava Award for meritorious service in the field of medicine. In May 2004, Shetty founded SSIOT and Tejasvini Hospital, where he currently practices. As an academician, he has 80 publications to his name; he has delivered more than 240 CME lectures, 180 scientific lectures and 19 named orations across India and all over the world.

Mr. Nazareth has served in India’s diplomatic missions in Tokyo, Rangoon, Lima and London before his first Ambassadorial appointment in 1979 as High Commissioner/Ambassador of India to Ghana, Liberia, and Togo. and subsequently Consul General of India in New York and Ambassador of India to Egypt and Mexico, . Ambassador Nazareth retired in May 1994 and in the years thereafter has been Guest lecturer at several National and International universities. His ‘Gandhi’s Outstanding Leadership’ book, published in 2006 has come out already in ten Indian languages as also in Spanish, Portuguese, Mandarin, Korean & Bahasa Indonesia. Ambassador Nazareth delivered the keynote address at the International day of Non Violence event at the United Nations in New York.

Dr C.P. Habeeb Rahman is also the Chairman and Medical Director of Unity Care and Health Services and Unity Academy of Education, which runs the 250 bedded hospital-Unity Health Complex, located at Highlands in Mangalore. He is also the Director of Unity ILM (Information, Learning and Media) Centre and Chairman of Arabic Academy. He is the former president of DK chapter of Indian Medical Association, Panel Physician for GCC Countries (KSA, UAE, Bahrain, Kuwait and Oman) in India and a member of International Hospital Federation, London.

He was also a numismatist, gemologist, a collector of deep sea shells, stamps and precious stones. A former soap factory chemist, Mukund was born at Manjeshwar in 1931. An Educationist, Philanthropist and Developer

He is a managing trustee and board trustee of B.M.S college and Bharatiya Vidya Bhavan, and is the syndicate member of Manipal University and the National Institute of Technology, Surathkal and a former syndicate member of Mangalore University. Pai was awarded the Karnataka Udyog award and the Karnataka Rajyotsva award for social and charitable activities. He was conferred an honorary doctorate by Mangalore University for his exceptional contribution to the field of education and philanthropy. 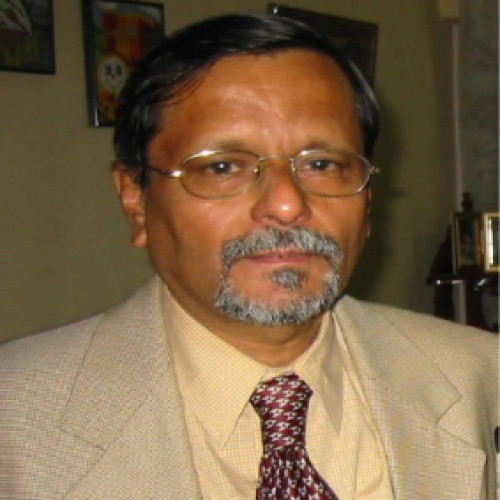 Dr Sanislaus Francis D’Souza, an eminent scientist of international repute at Bhabha Atomic Research Centre (BARC Mumbai) and a loving family man.Stan completed his schooling and college at St Aloysius School & College in Mangaluru and graduated with a B.Sc. degree in Chemistry/ Physics. He then went on to do his MSc in Biochemistry at Mysore University and excelled as a gold medallist. Subsequently, he made it through an all India selection and joined BARC in 1972 as Scientific Officer after graduating from the 15th batch of Training School of Bioscience. He did his PhD in Biochemistry from Mumbai University and thereafter his post-doctoral fellowship at the University of Texas Health Sc. Ctr. at Dallas (UTHSCD) under late Dr. Paul Srere. B C Nanda was born on 12 May 1931 in Madikeri, Kodagu. After the IMA he was dispatched to 2 Mahar located at Dagshai in the Shimla Hills. Two months later due to threats from Pakistan troops were moved to the Punjab border and Nanada was posted with the Headquarters of 2 Mahar near a village called Chajjalwadi in the Punjab. He subsequently spent tenures with Delta Company near the Attari Border and Charlie Company located a little east of Amritsar. 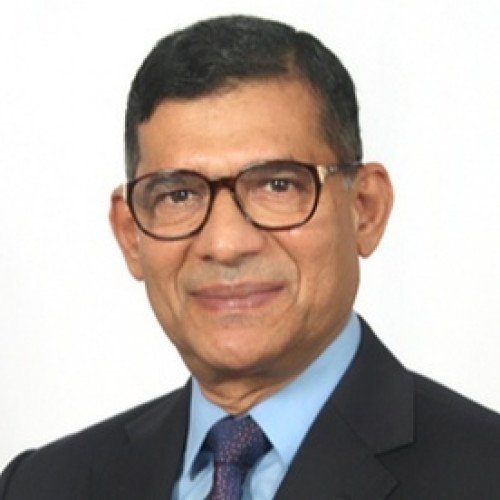 Founder Chairman of Narayana Health in Bangalore. Expert in the field of Cardiac Surgery. Recipient of Padma Shri and Padma Bhushan from the Government of India.

An eminent Educationist and Entrepreneur, also the Chairman of Yenepoya group.

Donated Rs 5 Lakhs to his Alma mater in the 1970s to set up the Computer Department at St Aloysius College where the MCA programme was started.

Former Chairman of the Karnataka Bank.

Rendered a remarkable and dedicated service of 45 years to the Bank Started his career as a teacher in Mathematics.

A well-known figure in Karnataka and a distinguished lawyer.

He has successfully combined law and coffee cultivation and has donated his 30 acre Anjali farm in Bantwal to his Alma mater.

Retired from United Nations - World Health Organization in April 2007, after a 13 year highly successful professional career His career of 37 years was dedicated to the control and elimination of poverty-related diseases such as Leprosy, TB, Malaria, Filaria, and other neglected tropical diseases. He also worked as Director of GREMALATES Referral Hospital and Leprosy Centre in Chennai:1984-1994.

He is the CEO /Owner of SIGMACO in Canada.

He is one of the major donors of AIMIT

A young and successful entrepreneur. He is the Chairman and Managing Director of Ducont FZ LLC. President of the Indus Entrepreneur, Dubai Chapter. President-elect of Kanara Entrepreneurs Ltd Groomed his career as a Scientist in Bhabha Research Centre (BARC), Trombay with a specialization in 'Image Processing'. He has also developed a signature verification system for banks.

A singer, composer, full-time cultural activist, an outstanding educationalist, a revered mentor, and a distinguished, determined Konkani activist who through his organization Mandd Sobhann, has revitalized Konkani language and culture. He was the architect of the Konkani Niranthari, a 40 hour long singing marathon embarked on by Mandd Sobhaan on 27 January 2008 which broke the Guinness Book of World Records

A great entrepreneur, philanthropist, educationist, technocrat, sports lover, and a great visionary. Is Chancellor of the Nitte - Deemed to be University.